Foreigners are buying homes in Spain in record numbers, outpacing the years of the real estate bubble.

In the first six months of 2018 there were 53,359 purchases by non-Spaniards, according to notary data released on Tuesday. This is the highest figure in a statistical run that began in the first half of 2007, when around 33,000 sales were recorded.

Sales plummeted during the economic crisis that followed, and the property market did not show signs of recovery until 2014. Since then however, almost every semester has registered a double-digit growth on a year-on-year basis. 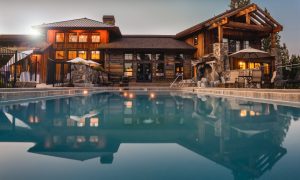 As for their favorite destinations, the Valencia region leads by a wide margin

The average price that foreigners are paying per square metre is €1,687, which is slightly down on the last semester (€1,716). However, prices have grown 0.9% year-on-year.

As for their favorite destinations, the Valencia region leads the list by a wide margin: nearly one out of every three home sales (15,613) took place there, and the region posted the highest year-on-year growth of 16.7%. Second on the list is Andalusia with 9,737 sales and growth of 8.2%, followed by Catalonia with 7,570 transactions, a 5.3% decline on the first half of 2017. The fifth top destination is Madrid, where foreigners bought 4,911 properties, up 5.4%.