The new proposals for social security payments proposed by the government creates 2 groups of either winners or losers.
The new quota proposals for freelancers brings, for the time being, a group of self-employed individual winners and another group of losers. The winners are those who declare an income below the Minimum Interprofessional Wage (SMI), as they will be charged a reduced fee.

The other side of the coin is represented by those who earn above that amount as they will almost certainly see a rise in their monthly payments to the Social Security.

It not yet clear as to by how much, however the associations in defense of the collective, are clear that there will be a rise. 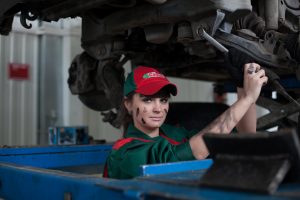 Proposed new contribution system
This statement comes about after the Minister of Economy and Business, Nadia Calviño, said that the new system of quotas for the self-employed individuals, which will be included in the 2019 Budget, implies that self-employed workers who earn below the SMI will pay less than what they are currently paying.

The Minister explained that the new system, which will commence with the approval of the budget, will allow the contributions of the self-employed individuals to be based on their actual volume of trade. This parameter will enable “those who earn more, to pay more, but those who earn less than expected, can expect to pay less. ”

A strong rise in quotas is met with reluctance by the associations
However, as projected by Cinco Días newspaper, the first proposals for the new quotas are far removed from the interests defended by the associations that represents the collective workforce. ATA and UPTA, two of the most relevant associations, have assured us that they will only accept an increase of 1.25% of the minimum base in 2019, and up to a maximum of 31.2% of the contribution rates. Even so this measure would still mean payment of almost 200 euros a year more by each worker.

At the moment, the minimum increase in the quota that the Ministry of Labor has proposed is 400 euros. Logically, the associations are against it, although they recognize that we are still at the start of the negotiations.