The National Social Security Institute states that pensions for the self employed are just over 650 Euros per month in comparison with 1,034 Euros for salaried employees 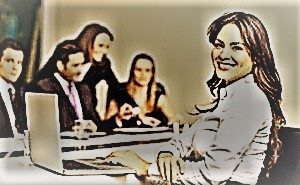 Self-employed pensioners received an average pension of just over 650 Euros this summer, which is 37% lower than salaried workers in Spain, whose average pension is approximately 1,034 Euros.

Despite this fact provided by the National Institute of Social Security, the Spanish self-employed received an average of 56 Cents extra in comparison with June and slightly more than 11 Euros extra for the corresponding month in 2017.

The  Union of Autonomous Workers and Entrepreneurs (UATAE) reported that the figure affects more than 1,958,244 Spanish pensioners, whose numbers have increased by some 9,800 in just one year.

Lower pensions for self employed women!

Self employed women receive lower pensions than men. UATAE has stated that a self employed woman receives an average of just over 550 Euros compared with 764 Euros for a  man.

In addition, the secretary general of UATAE, María José Landaburu, has said that this gender gap for the self-employed is not new. She also stressed that ‘women account for only 1 in 3 self-employed workers in Spain and we have greater social vulnerability ‘

UTAE add that changing this situation is ‘impossible at present’, even though ‘it has perpetuated a serious inequality for the self-employed. Landaburu added that all this is a consequence of ‘the fact that reform of the RETA system that controls pension payments has not taken place in recent years’.

They also consider that the self-employed should ‘be united’ in demanding a fairer system with greater social protection.

How is an inheritance distributed in Spain?
Traffic fines: Useful information
What do we do if a Labour Inspector visits our business?
New Tax Credits
Take action to reduce your personal income tax liability in 2021
Goodbye (for the time being) to the capital gains (PLUSVALIA) tax: what is this tax, what does the ruling mean, and how long will it cease to be levied?